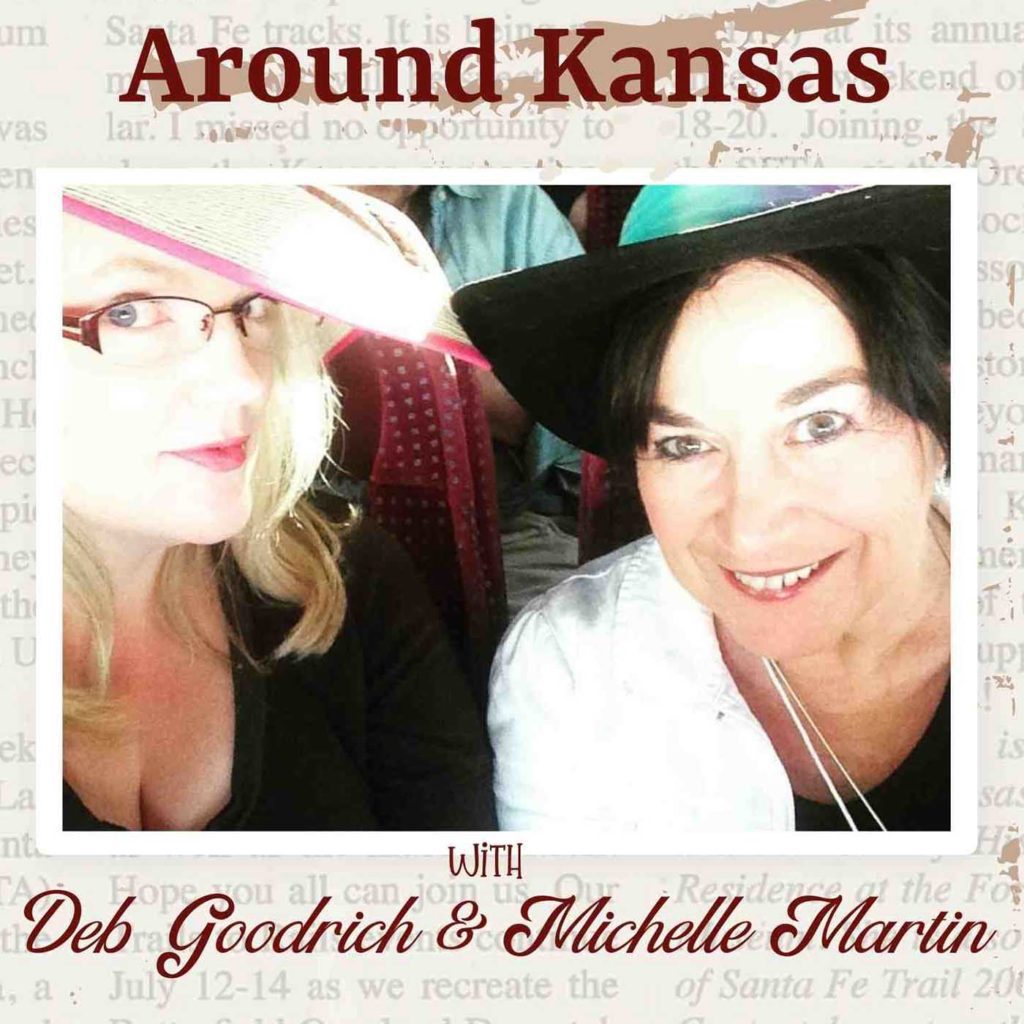 Come along with Deb Goodrich as she shares stories “Around Kansas.” She takes you along the back roads and the main highways to show you the people, places and things that make Kansas a great place to live and work.

A native Virginian, Deb has adopted Kansas. She co-hosts the weekly TV show, Around Kansas. She is writing a biography of VP Charles Curtis. Deb has authored three books Kansas Music: Stories of a Rich Tradition, The Civil War in Kansas and Kansas Forts and Bases: Sentinels on the Prairie. She has appeared in more than a dozen documentaries, most recently Gunslingers and The Road to Valhalla. She has appeared on American Experience, History Channel, Discovery Channel, PBS, and was a featured speaker on C-SPAN. Deb has been the guest on dozens of talk radio shows around the country.

Michelle M. Martin is a Michigander by birth and a Kansan and Okie by choice. Earning her B.A. and M.A. degrees in history from Western Michigan University, Michelle arrived in Kansas in 1997 where she lived from 1997-2007. While there she taught history at Fort Scott Community College. She lived in Bartlesville, Oklahoma until 2015 and worked as a historical consultant, author, photographer, and museum professional until she began her doctoral studies at the University of New Mexico.

A former history instructor (at the two and four year college levels), living history interpreter, museum professional, author, and photographer, Michelle founded her own historical consulting company—Discovering History— and has served as a consultant for the television, film, museum, and print industries. Working with renown journalist and broadcaster Bill Kurtis, her work has been aired on the History Channel, PBS, National Geographic Channel, American Heroes Channel, and Investigation Discovery. She is a first-person living history interpreter and has volunteered her time and expertise at Fort Scott National Historic Site, Fort Larned National Historic Site, Pea Ridge National Military Park, Wilson’s Creek National Battlefield, Mine Creek Battlefield State Historic Site, Constitution Hall State Historic Site just to name a few. From 2008-2015 she served as the director of the Little House on the Prairie Museum in Independence, Kansas in addition to her teaching duties at Rogers State University’s Bartlesville campus. Her photographs have been featured in magazines and newspapers across the Central Plains. She is the co-author of Kansas Forts and Bases: Sentinels on the Prairie with Deb Goodrich. In addition, Michelle co-authored, researched and photographed The Prairie Table Cookbook with Bill Kurtis. Her two most recent books, Washington County: Then and Now and Woolaroc: Images of America, chronicle history in Northeast Oklahoma. She has received numerous awards and honors for her work in the public and academic history fields.

Get Social With Us

The Meaning of Memorial Day

Dinner on the Plains

Grand Army of the Republic

Where the Buffalo Roam

The Solace of Fort Larned

The Meaning of Memorial Day

Dinner on the Plains

Grand Army of the Republic

Where the Buffalo Roam

The Solace of Fort Larned